By Hannah E. Young | Posted In What Does the Bible Say

Justice has always been a concern of God’s people. It is a theme throughout the Bible, both as an attribute of God and a promise for God’s people. But in recent years a debate has grown in the church between the biblical concept of justice and the larger societal movement which is most often called social justice. Some people argue that the social justice movement in our culture has no place in the church. Others believe social justice is something the church should be advocating for (and should have been before it was a cultural movement). And others don’t know what to think because of the many conflicting views.


It’s necessary to define the term “social justice” so that we can understand the movement better. According to the Human Rights Careers website, social justice is “fairness as it manifests in society… [which] includes fairness in healthcare, employment, housing, and more.” The same article names the four principles that the social justice movement seeks to promote: human rights, access, participation, and equity. Social justice seeks to instill these four principles in society so that those they perceive as marginalized groups will receive more fair treatment in society. Most people don’t have an objection to these goals in general. Rather, they have problems with which groups are considered marginalized and with the idea that societal systems are or are not unjust. Regardless of what you believe on these issues, don’t let that prevent you from recognizing injustice, being able to have a conversation about it, or working toward promoting justice in our communities.

Let’s look at a definition of justice created from a Christian perspective. Holman Bible Dictionary defines justice as “The order God seeks to reestablish in His creation where all people receive the benefits of life with Him.” So, for the Christian, true justice is found in the restoration of God’s intent for His creation. The dictionary goes further to describe two aspects of this justice: the first is the negative consequences of disobedience. The second aspect is “the standard by which the advantages of social life are handed out, including material goods, rights of participation, opportunities, and liberties.” You can see a few similarities between this aspect of justice and the definition of social justice above. While they are not the same, both presume that justice can be manifested in society.


Now that we have a general sense of the goals of the social justice movement and a Christian definition of justice, let’s turn to the Scriptures for insight regarding God’s concern for justice. Many places in Scripture address the topic of justice, including the Pentateuch. Starting with the first five books of the Bible, justice—social justice—is of primary concern for the people of God.

The Law directly dictates some of the ways the Israelites were to carry out justice. Exodus 22:21 through 23:9 has two sections that cover laws related to justice, divided by verses about how the Israelites should act toward God in worship. In the New King James Version, the heading for 23:1–9 is “Justice for All.”

(Social) Justice for All

Next, in 22:22, there is a second command not to abuse the widow or orphan. This is followed by a promise that God will hear their cries if they are abused, and His wrath will be poured out on the abuser. It is not uncommon to see some combination of aliens, widows, and orphans being grouped together as marginalized people in Scripture.

To better understand the importance of including strangers, widows, and orphans in the Law, one has to understand what made these groups vulnerable: it’s that these groups faced considerable challenges to receive the same justice system that others would have. Widows did not have a husband, or often a father or adult son, to advocate for them. They were left to hope for the mercy of extended family (if they even had that available) to step in and help. Orphans were in a similar situation because of their missing father. Foreigners were not a full part of the society as they were not Israelites, thus they couldn’t receive full legal benefits either. All three, on some level, were in need of people to advocate for them in a culture and society that often did little to nothing to take care of them or provide for their basic needs. Their neediness and lack of readily available advocates made it easy for them to be taken advantage of.

If you compare the Old Testament laws with similar laws from the time—and this is what makes Old Testament laws stand out—the Old Testament laws demonstrate a level of human equality and fairness that is far beyond other societies in that part of the world at that time. This is in contrast to ancient Near Eastern laws that decided punishment for various crimes based on social status. While other ancient Near Eastern societies may have put up some safeguards to help the poor, widows, and orphans, the Old Testament has the only laws that also include foreigners living among the Israelites. These details truly add to our understanding of what it means to be made in God’s image and what it means to care for the well-being of each individual.

Next, aside from the commands concerning the foreigner, widow, and orphan, Exodus 22:25–27 gives instruction for lending money. This law gives advantage to the poor who borrow from their neighbor. The lender is instructed not to take advantage by charging interest and puts a limit on the length of time the lender may keep collateral since it may be vital to the poor person’s survival. And again, God says He will hear the cry of those who call to Him.

After a few verses about the Israelites’ relationship to God, chapter 23 begins with three verses about justice: these include not spreading a false report, not joining with the wicked to act as a false witness, perpetuating injustice by siding with the majority, and not being partial to the poor if they bring a lawsuit. What a lot to cover in three verses! Perhaps all of these can be summed up by saying that the Israelites were to act with integrity in carrying out justice through the justice system. In verses 4–5, God gives instructions concerning relationships with enemies. It can be better summed up for a modern audience by stating that we should not interfere with our enemy’s livelihood. There is a return to the issue of lawsuits in verses 6–8 which bans denying the poor justice in their lawsuits, commands Israelites to stay away from false charges, prohibits the killing of innocent people, and forbids taking bribes. Finally, verse 9 gives a command once again not to oppress foreigners living among the Israelites.

There is a lot to cover, so here are some of the conclusions we can draw about God’s expectations for the Israelites from this passage.

While it is quite clear that God cared about the foreigners among the Israelites, how can we apply the underlying principle to our understanding of justice today? Here are four examples of how the principles here could potentially be applied along with some additional questions.


While all of these applications are negatives, what we should not do, here are four “up-sides” – the positives of these prohibitions:


This is a lot to think about and a lot to do. Remember that God has a calling for each of us, and that calling is not to do everything or fix everything. We each have our areas of influence, and it’s good to start in our own community. Are there marginalized groups in your area? Do you have a relationship with them? Is there a way for you to come alongside them?

When you do, you’re living out true social justice—a biblical justice.

Paul S. Evans, “Imagining Justice for the Marginalized: A Suspicious Reading of the Covenant Code (Exodus 21:1–23:33) in its Ancient Near Eastern Context,” The Bible and Social Justice: Old Testament and New Testament Foundations for the Church’s Urgent Call, McMaster New Testament Studies Series (Eugene, OR: Wipf and Stock, 2015), 11, 13–14. 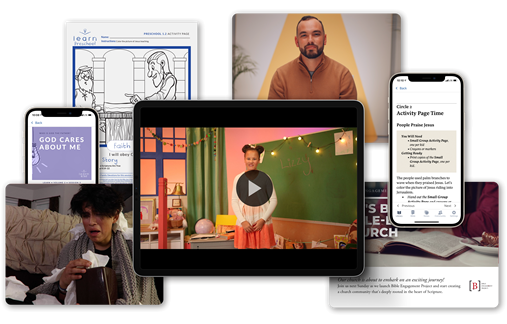 See the inspiring curriculum that teaches all ages to live out their faith daily.